Update regarding re-development efforts on the North end of Pearl Road:

Did you know that Starbucks and Burger King are planning to build in Ward 3? They intend to build restaurants where La Siesta is currently located. This is in addition to Culver’s, which has broken ground at Jennifer’s former location, and Arby’s, which has been granted variances to build at the old Mad Cactus location.

These businesses will offer some additional options and convenience to north-end residents and will help bring some new economic activity to the north end. 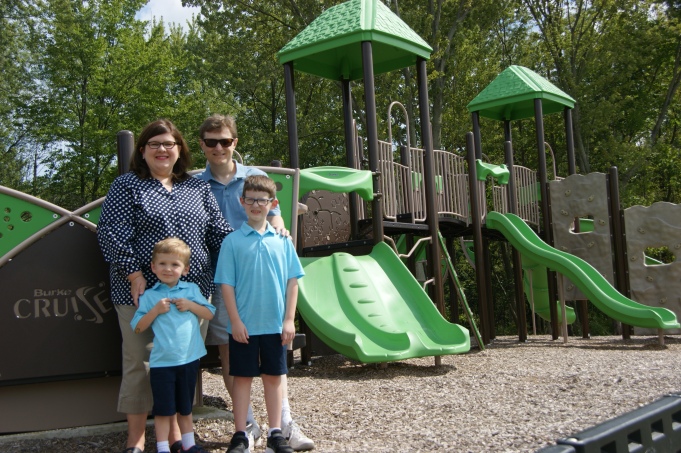 As your Ward 3 Councilwoman, I am dedicated to building a better community for you and your family. In 2017, I identified the need for an ADA-compliant playground, which we opened in 2018. Surrarrer Park is a great place for kids of all abilities to be active. I’m excited about the new equipment, including ziplines, that were added this year.

If you want a council representative who puts residents first, remember to Keep Kelly as your Ward 3 Councilwoman this fall!

On September 9, 2019, the Strongsville Women’s League hosted a Candidate’s Night with all the council candidates and candidates for school board.  If you’d like to see the candidates for yourself, please check out the posted video. 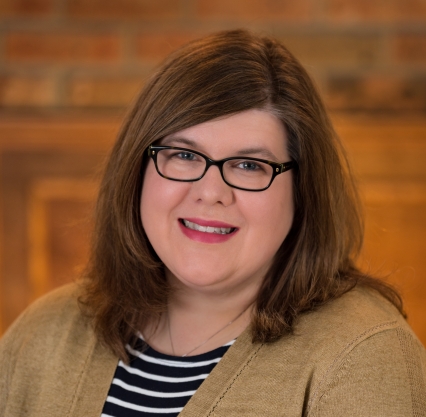 In the video, I hope you will recognize my passion and commitment to Strongsville’s Ward 3.  I use  my problem-solving skills to help residents.  As a lawyer, I have a strong understanding of the issues that are facing the city and the Ward.  But I am also a mother.  I understand what is at stake if we don’t start making changes to the way that our city is developed.  I am a proponent of green space and I am opposed to urban sprawl.  If the residents of Ward 3 choose to “Keep Kelly” in 2019, I will continue to utilize my problem-solving skills as a lawyer and heart of a mom to be the representative that Ward 3 deserves.

A representative from First Energy is coming to the Oct. 7 City Council Caucus meeting to discuss power outages.

If you have had repeated outages that are unexplained (not related to trucks knocking down power lines!), please send your address to me so that I can bring it to First Energy’s attention.  You can email me at kosekforcouncil@gmail.com

Today, we learned that some residents received emails purporting to be from “Strongsville Council.” These emails claim that there have been an increase in burglaries and advising parents not to leave their children at home alone. This is just out and out fear mongering and absolutely false.

If you receive an email like this one, DELETE it. Do not click on it or reply. Authorities are investigating this scam.

Be alert to ploys like this one. If you are questioning the validity of email that says it is from Council, you can always call the Council office to confirm.

(The screenshots from the emails are below.)

I know that there is a lot of frustration about the new construction project at 82 and 42. 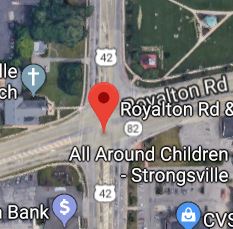 Yesterday when the crews were setting up and bagging conflicting signs and traffic signals, it was particularly frustrating and caused a lot of traffic headaches. Hopefully, it will go more smoothly.

This initial phase will last about 5 weeks, and then the traffic configuration will change and have fewer restrictions. The total project is estimated to be 2.5 months. Please know that the administration did not seek my input about scheduling. If they had, I would have suggested not having the project coincide with the start of school.

This project is not just a beautification project; it is needed for safety. There are ADA requirements for crossings like this, and the crossing as it was configured did not meet minimum crossing times. This project will make it safer for everyone, including those with disabilities. We will also be updating the traffic signals.

I ask that you try to be patient, if you can. Be kind on the roads and keep everyone safe, including the construction workers. If you have questions, please give me a call and I will do my best to get you answers. 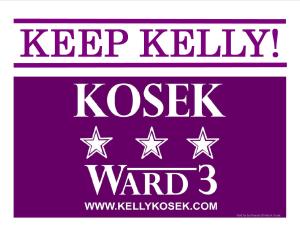 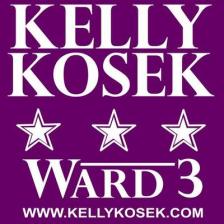 It’s official!  I’m running to retain my seat on Strongsville City Council as the Ward 3 Councilwoman.

After a close at-large election in 2017, I was appointed to the open Ward 3 seat on Strongsville City Council on January 23, 2018.  In the year that I’ve served been on Council, we’ve made some significant changes.

First, because of my legal background, I took the initiative to write and introduce several charter amendments to council.  One of the amendments changing the make up of the charter-review committee was overwhelmingly approved by voters.

Second, at my request, video of council meetings is now available online–not just as a streaming option.  This has improved transparency for residents.

Together, we have made real change.  I am so proud of what we’ve accomplished in 2018. But the job isn’t over..  I want to continue to push to make Strongsville more family friendly and to improve the infrastructure in Ward 3, especially in regard to sidewalks and roads.  We were able to re-surface a number of roads in Ward 3 in 2018.  We need to continue to make those investments in our community, if we want to ensure that Strongsville remains strong and a desirable place to raise a family for years to come.

I hope you will join me in my 2019 campaign to retain the Ward 3 seat on council.

Thank you for all of your support.

As 2017 draws to a close, it is an excellent time for gratitude and reflection, and I have a lot to be thankful for this year: my beautiful boys, Sawyer and Beckett, and my wonderful husband, Jason. I’m also thankful for my parents and my brothers who, along with Jason and the kids, have fully supported my run for city council.

I am grateful to the nearly 5,000 Strongsville voters who voted for me. I am so honored to have your trust and support.

Earlier this week, I applied for the Ward 3 seat.  Many of you have asked about the appointment process.  Applications are being taken until December 18.  Then council members will interview applicants and vote.  You can call or email your council representatives to encourage them to appoint me  to the Ward 3 seat. If you’re unsure about which ward you’re in, you can find it here.  The council members who will vote to fill the council vacancies are:

With your help and support, I hope that I will have the opportunity to represent the good people of Ward 3 and to serve the residents of Strongsville along side these fine council members.

First off, congratulations to Joe DeMio, Jim Carbone, and Matt Schonhut on their victories yesterday.

While I am disappointed by the outcome of yesterday’s council election, I remain humbled by the support the good people of Strongsville have shown me during the course of this campaign. I am encouraged by all of my interaction with people from across our city and am strengthened in my belief that not only is Strongsville a great place to live now, but that with a new vision and the right leadership, our city will remain a premier destination for families and business alike. Ours was a campaign built on positive, creative energy, and I am so proud that we were able to maintain this upbeat attitude from start to finish.

I would like to thank all of the volunteers who helped and supported the campaign, and would like to specifically thank my husband, Jason, for the sacrifices he made to support my run for City Council. I would also like to give special thanks to my son, Sawyer. Many of you met him while he was campaigning with me. This morning he asked me if he can help me next time.

So, with that in mind, while we were not victorious yesterday, we will continue to carry our message and vision forward that Strongsville should be a place where government is open to all of the people.

To this end, I have decided that I will seek appointment for the Ward 3 Council seat that was vacated by Councilman Carbone’s election to an At-Large seat, as I still believe that I can bring an important and needed voice to council. To those who voted for me, I am forever grateful for the trust you were willing to put in me, and I hope that, in the future, I will have an opportunity to serve you in building a greater Strongsville.

I am hearing that there are significant downed trees and power lines around Strongsville.  If you are going out on the road, please be alert.

Many are still without power.  I hope that everyone is safe and that safety forces and the power company are working to get everything working again.